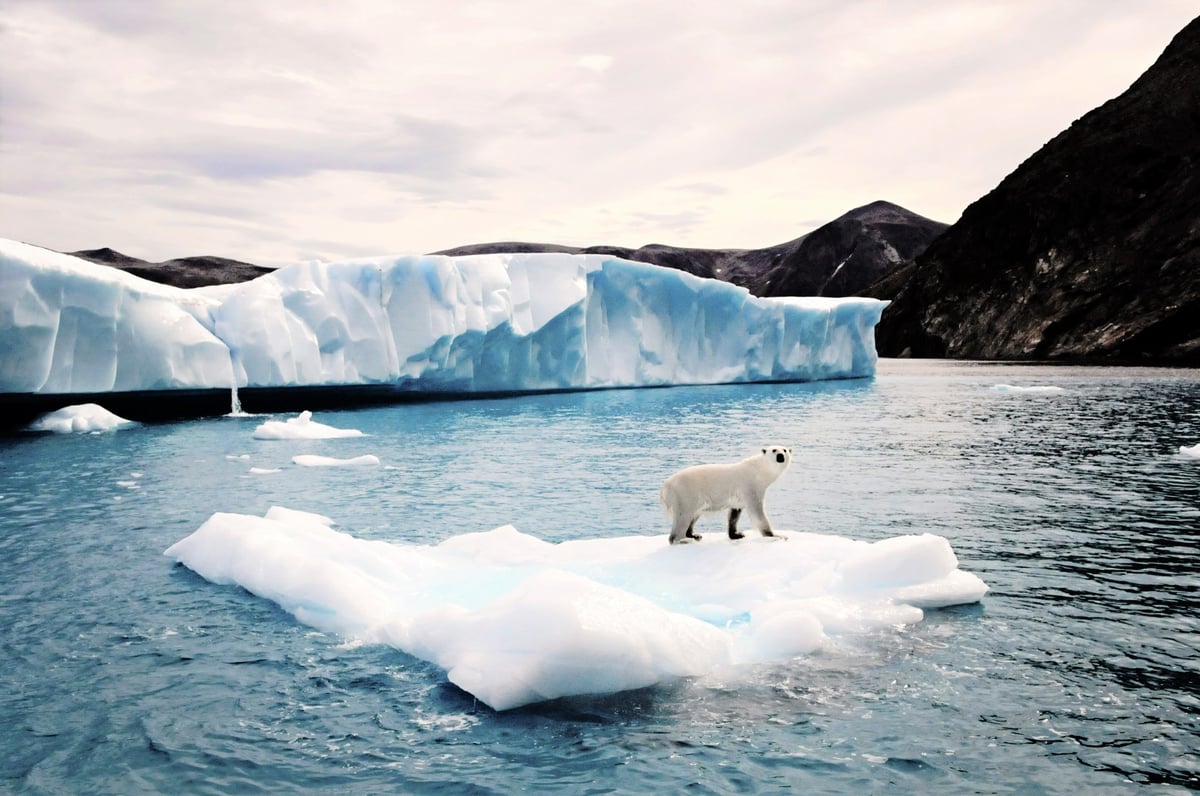 The mighty polar bear is an icon of the ice-covered Arctic. A snowy world of icebergs and snow drifts. But they’re also known for being terrific swimmers.

In this blog, we're going to cover;

As the winter sea-ice turns into ice floes throughout the swim thaw, polar bears will spend a surprising amount of time swimming. During the spring, polar bears will begin to head towards the nearest shoreline, where they will wait out the warmer days of summer.

Polar bears will swim during the summertime to avoid travelling over the rocky shorelines or to reach new islands with more space.

What may surprise you is that they’re considered marine mammals due to their dependency on the ocean. 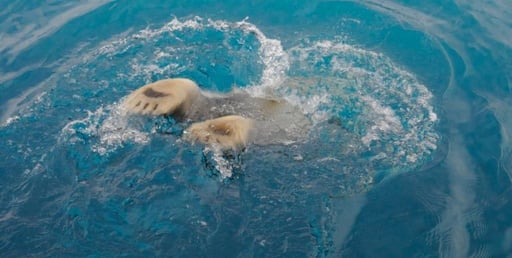 When we think of marine mammals, we are naturally drawn to animals like seals or whales because they live in the water. At the same time, we consider polar bears as land creatures stomping through snowdrifts and resting on pebbly Arctic shorelines.

Yet, the polar bear is utterly dependent on the marine ecosystems spending a majority of the year in water or on top of sea ice.

When the northern waters freeze over in the fall, the endless expanse of sea ice becomes the domain of the polar bear. They will spend most of the time from fall through to spring, living on top of the water and depending on it for their food.
Their diet relies entirely on what they can hunt in the sea, such as seals and whales. Their prey is attracted to the amount of fish that are available in the Arctic oceans, so polar bears will wait for them to surface for air and use the frozen sea ice as a platform to catch them.

Swimming is rarely a successful way of hunting since their prey is even faster, but it can be a direct way of travelling among coastlines and islands.

Considering how large a polar bear is, it might surprise you to learn that they’re such good swimmers. Despite their tremendous size, polar bears have adapted to their northern environment. Certain evolutionary traits that help them in the winter will also help them swim.

Their large paws are also slightly webbed, so while they act like snowshoes in the winter, they become flippers in the summertime.

They use their front paws to propel themselves in a doggy-paddle style, and their back paws act as a stiff rudder to control the direction.

To survive the extreme cold, they rely on the amount of blubber they can build up for insolation. That blubber then adds to the polar bear's buoyancy and helps them float.

An outer layer of their fur is made of long hollow hairs that refract the sunlight, so the bear doesn’t overheat. These hollow hairs will also provide extra buoyancy when they are swimming. 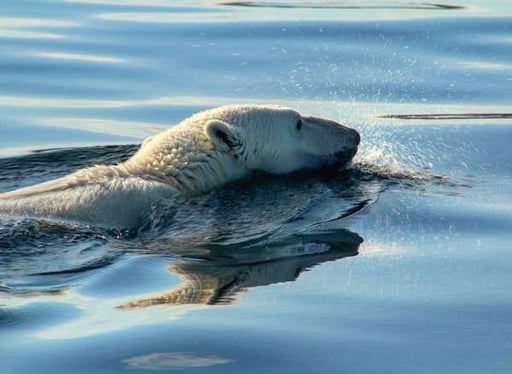 Where You Can See Them Swim

The best way to see polar bears swimming is to visit their natural habitat. Visit the Arctic in the summer when the days are longer so you can sightsee longer.

Polar Bears & Glaciers of Baffin Island Safari takes you directly to a luxury Arctic camp where you will spend your days exploring the Arctic shorelines. This small group trip provides intimate viewing opportunities by boat.

Photograph polar bears resting among rocky beaches, where their bright fur stands out against the dark stone. Find them swimming among the icebergs or travelling along the coast. 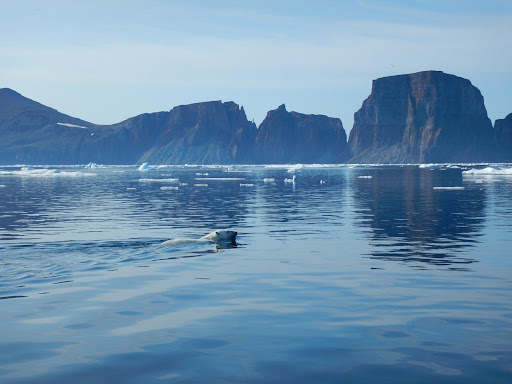 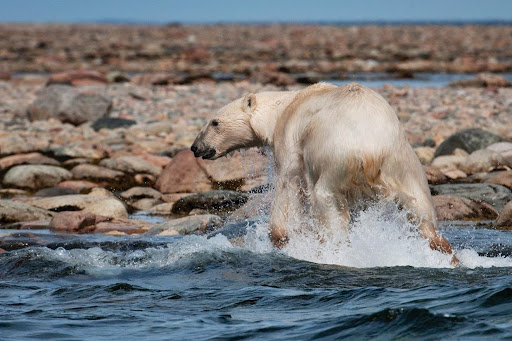 You can also find out more about the Polar Bears and out Arctic Trips by Downloading our Brochure. Check the link below to find out more. 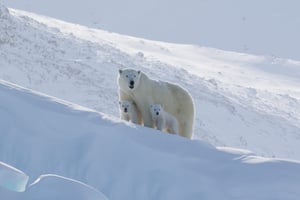 Most people know that polar bears are the largest bear species and the largest land carnivore, but...

What Are Summer Polar Bears Up To?

When we think of polar bears, it’s often images of icebergs or roaming frozen sea-ice and tundra.... 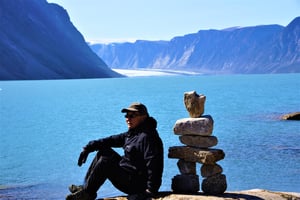 What Makes A Glacier

Few things match the beauty and majesty of seeing a glacier. There is a scale that seems...