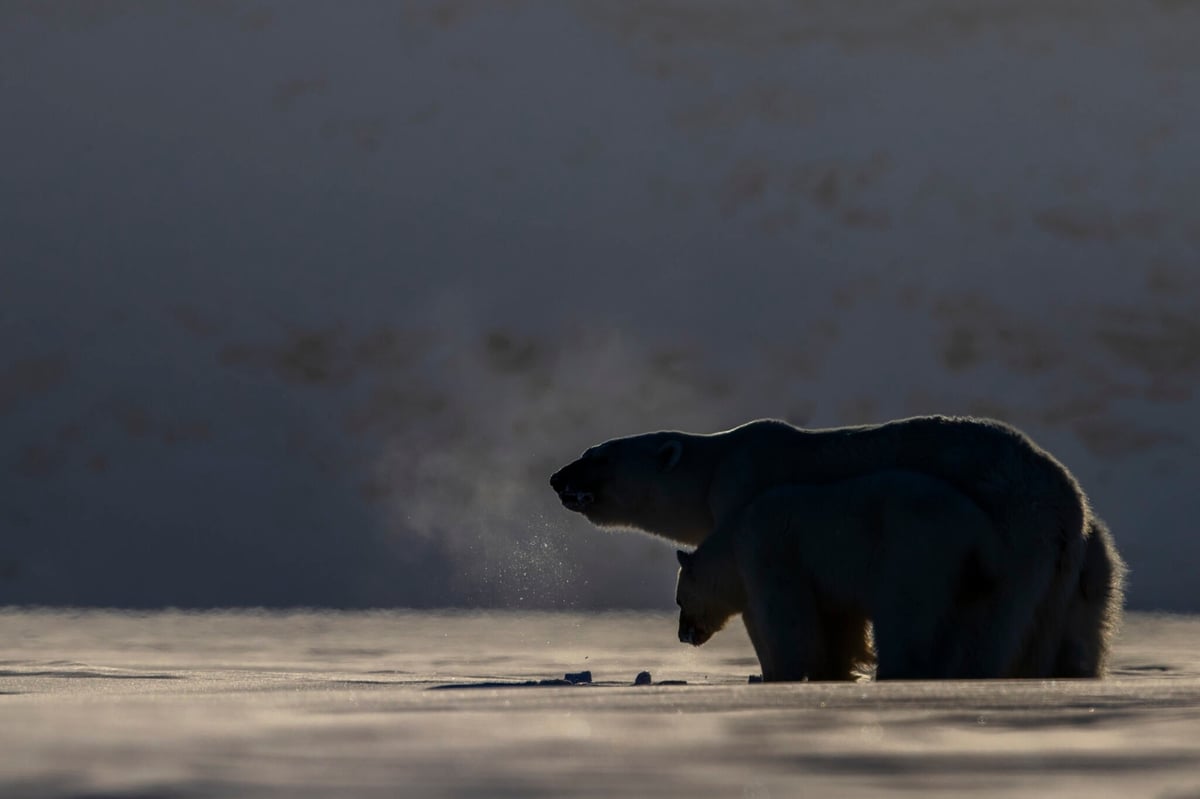 When most of us think of bears during the winter we think of them sleeping deeply in their hibernation dens. Most of them are avoiding the cold weather and sleep through a time when there is less daylight. These bears are conserving their energy since walking through the snow and finding food is exhausting work.

But that isn’t true about polar bears, so why don’t they?

The winter is an incredibly active time for polar bears, and they spend this season roaming the frozen sea ice in mostly darkness.  Join us as we explore why polar bears do not hibernate. 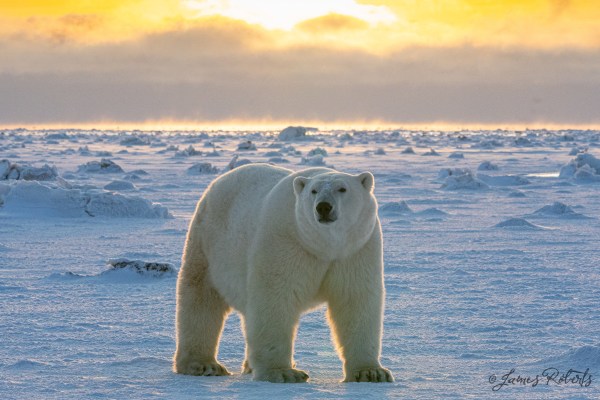 Evolution of the Polar Bear

Polar bears evolved from the common brown bear but a genetic mutation that gave a cub white hair instead of brown led that cub to do better in their Arctic habitat. It meant they could sneak up on prey easier, so they had more offspring that had this white hair. All of a sudden, this accidental trait was dominant in northern bears, and so we had the polar bear.

The north had less competition then areas where brown bears lived so the polar bear stuck to northern areas.

The polar bear eventually developed traits to master the Arctic landscape such as shorter claws so they could walk on ice and better night vision. Also, they transitioned their diet from carbohydrates, which is why other bears eat grasses and vegetables, to focus entirely on calories you get from meat and blubber.

Carbohydrates do not sustain the body as long as fat and meat so the polar bears hedged their bets that filling up on seal blubber would get them through the season when it is harder to hunt.

The winter is significantly easier to catch their prey since they can walk along the sea ice and wait for their prey to appear in a breathing hole. Seals are faster swimmers so it would be very difficult for a polar bear to catch one in the water, and that is why polar bears do most of their hunting in the winter when the seas have frozen over. 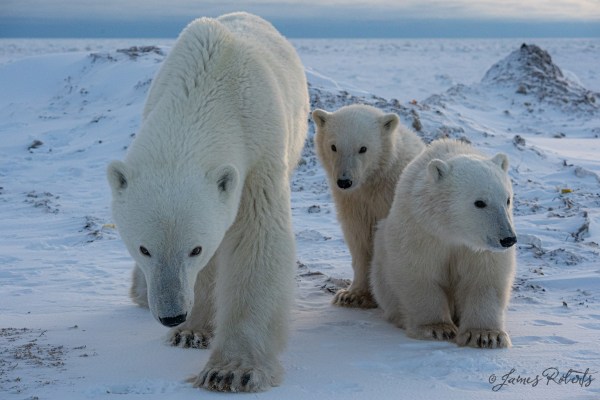 Since the winter season is a better time to catch their food, that means this is the primary time when polar bears do their hunting. They have to eat enough food in the winter to build up the fat reserves to go multiple months in the summer without eating anything. This makes the winter a vital time for polar bears and means they don’t have time to hibernate!

As soon as the water freezes these bears will leave the mainland or islands where they’ve spent the summer and roam some of the largest distances any animal. Rather than being restricted by the steep hillsides and rocky coves the frozen sea-ice means they have a nearly endless territory to search for food.

The main technique for hunting is to find a seal’s breathing hole and wait for it to appear. Then, like wack-a-mole, they have only an instance to catch the seal before they disappear below the water again. This way they don’t have to chase anything and can conserve huge amounts of energy by just waiting.

Their thick fur and heightened night vision mean that they have an advantage over their prey, so this truly is the best time for polar bears to hunt and make the winter too important to sleep through. 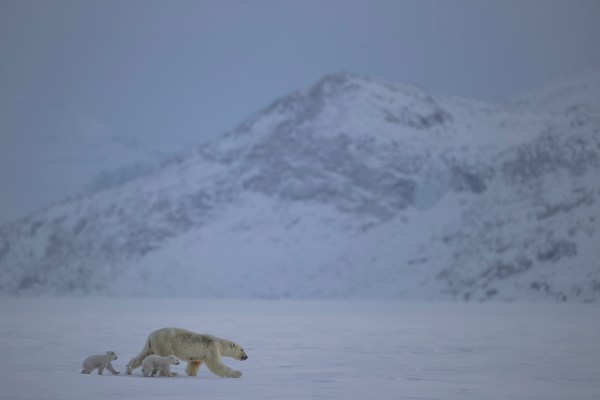 Polar bears give birth during the middle of winter, from January to February, so these maternity dens are important, but the bears are not hibernating. The cubs are born tiny, blind, toothless, and have a sparse layer of fur so they are incredibly vulnerable. The mother is busy keeping them warm and nursing them until they are strong enough to emerge from the den.

Around mid-February the new polar bear families will leave their maternity dens and will start travelling toward the sea-ice so the mother can have her first meal in months. A mother polar bear will lose roughly half their weight providing milk for their cubs, so the beginning of their winter means they have to put on a tremendous amount of weight. 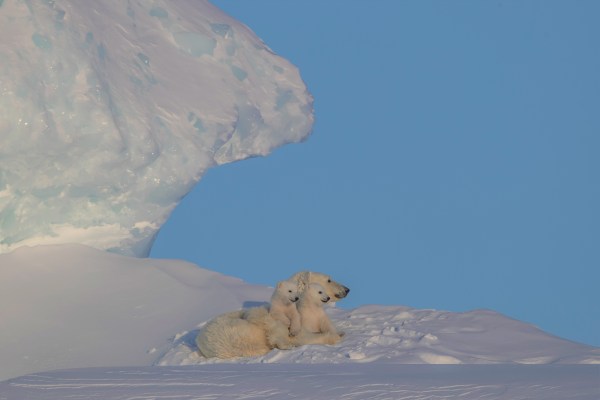 How You Can See Mother Polar Bears & Newborn Cubs

One of our most exciting trips is visiting Wapusk National Park in the north of Manitoba. This park is famous for being the world’s largest maternity denning location. That means that you can see mother polar bears first emerging from their dens and watching these newborn cubs explore this new winter wonderland.

Often these new bear families will stay close to their den for a couple days so the cubs can get used to the environment before they travel toward the coast. These are some of the most photogenic moments of these polar bears and being able to capture these tender moments is truly unforgettable. Watch as newborn cubs wrestle with their siblings or climb over their mother.

If you are interested in witnessing these precious moments and have dreamed of photographing polar bears in the wild then look no further than our Polar Bear Mother & Newborn Cub Safari. Travel with us to Wapusk National Park and spend each day capturing these incredible animals as they enjoy the winter wonderland all around. 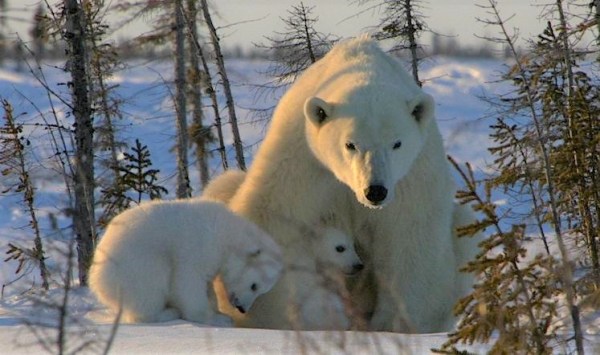 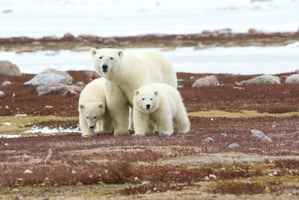 It’s Polar Bear Week and we are so excited because we love to talk polar bears! So we thought we’d... 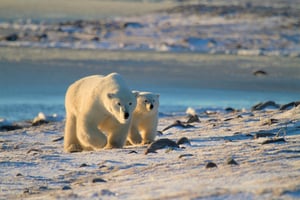 What Is Polar Bear Alley

At Arctic Kingdom, we can’t help but daydream about the wild animals right now. We’re finding... 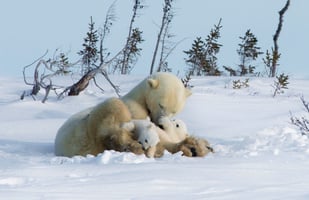 Female Polar Bears Are Truly The Queens Of The Arctic

We have noticed the epithet often given to polar bears, “Kings of the Arctic” is unfair and doesn’t...