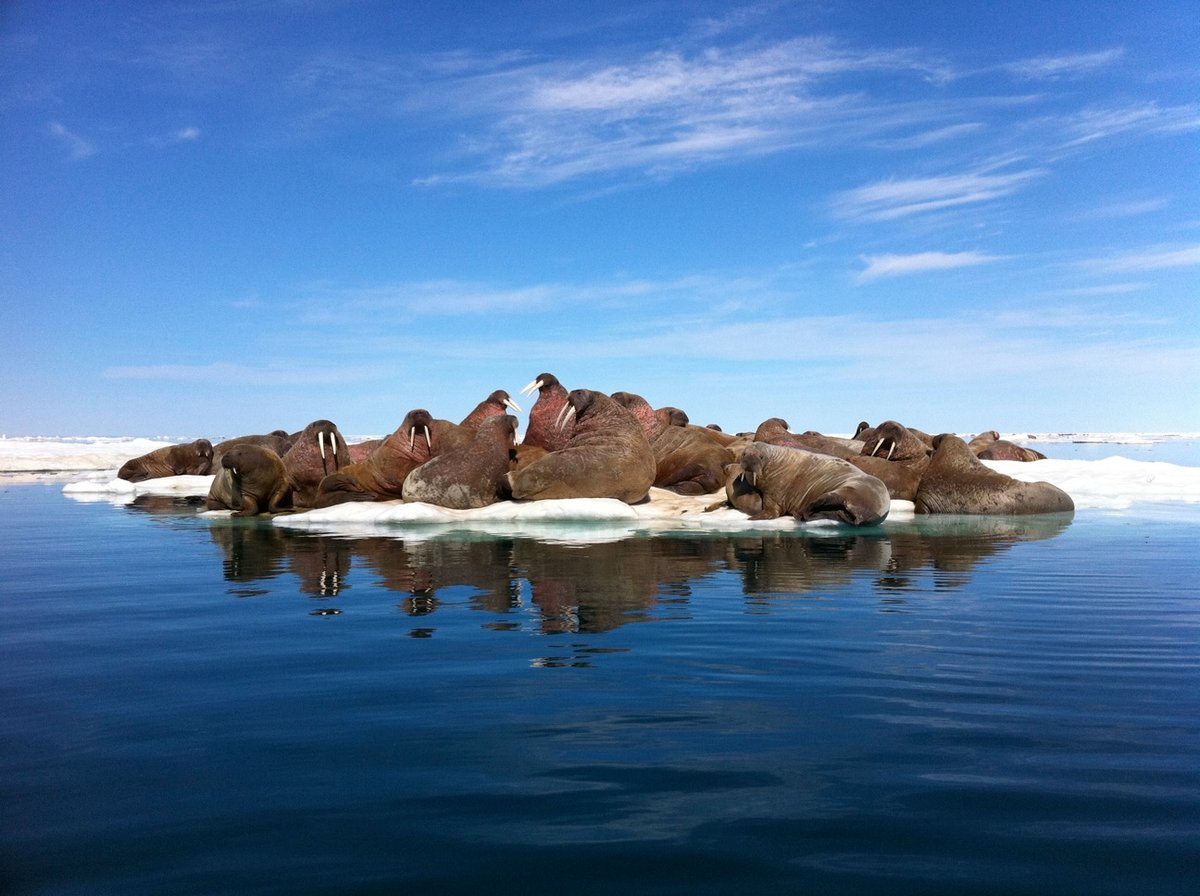 Walrus are one of the most curiously captivating mammals of the sea. They are truly enormous, but they become fantastically agile in the water.

They are one of the most social animals gathering in groups from tens to thousands. You can watch them dive for food or spend the day sleeping and scratching, either way it is fascinating.

Come find out more about this fun flipper-footed friend, the walrus. 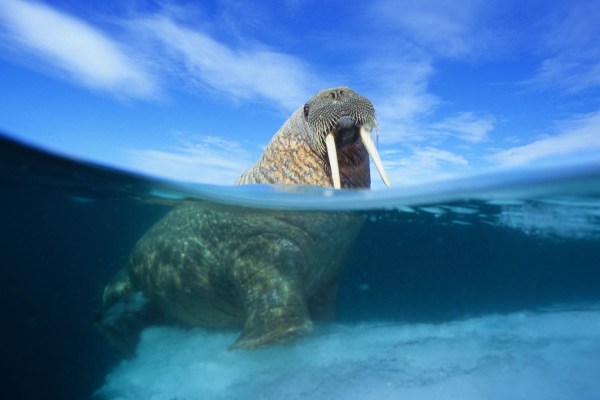 The walrus is the only living species in the family odobenidae and genus odobenus. But this species is divided into two subspecies: the Atlantic walrus and the Pacific walrus.

These subspecies have diverging genetics, which shows that they have remained separate. This divergence happened relatively recently and may have stemmed from a tropical or subtropical ancestor that travelled into the Atlantic Ocean that eventual adapted and conformed to the colder conditions of the Arctic.

An example of the difference between the two subspecies is their weight with Pacific walrus weighing 10–20% more than Atlantic.

Their most famous feature is their white tusks. These are enlarged upper canine teeth, similar to a narwhal’s tusk but not conical.

The tusk is one of their most useful body parts. They use it to fight other males for female mating rights or to defend against predators. It can be used to help haul themselves onto land or an ice floe. And key to their Arctic home, it allows them to keep air holes open in the ice.

They have been recorded diving up to 500 m (1640 ft) but rarely need to dive deep. They prefer to stick to shelf regions where they forage along the sea floor.

Walrus are opportunistic eaters and consumer over 60 types of marine organisms. Generally, they feed on shrimp, crab, sea cucumber, clams and snails. They use a suction technique to remove prey from their hard shells.

Their eyesight is quite poor, and their vision is quite undeveloped. They have whiskers called vibrissae that give walrus the appearance of a mustache. These stiff bristles surround the tusk and can reach 30 cm (12 in) with nerve endings that can sense miniature shapes to detect food.

Where You Can Find Them

Their subspecies name is a big hint to where you can find them but that doesn’t narrow it down for you if you wanted to see them in person.

Walrus are mostly polar animals that spend all year in the Arctic. They rely on sea-ice to act as temporary rest stops as they forage for food. Their thick skin and fatty diet allow them to spend all year in Arctic waters.

The Canadian Arctic is home to the Atlantic walrus where you can find them along the coast of Ellesmere Island or within the Northwest Passage.

Walrus are incredibly social animals and can gather in groups from tens to as much as thousands. You can find them socializing in the water and bathing together or sleeping on top of each other on land. They have defined social hierarchies allowing them to gather in such large groups.

Primarily, they are found on haul-outs where they rest in order to maintain the energy to move their enormous bodies and dive for food. This makes them easy to find and approach to view from a safe distance.

While we do not have any wildlife safaris that focus on walrus we do specialize in private journeys where you can customize your own safari.

If you want to see walrus in their natural habitat then talk with our Arctic Travel Advisors to plan the trip of your dreams. 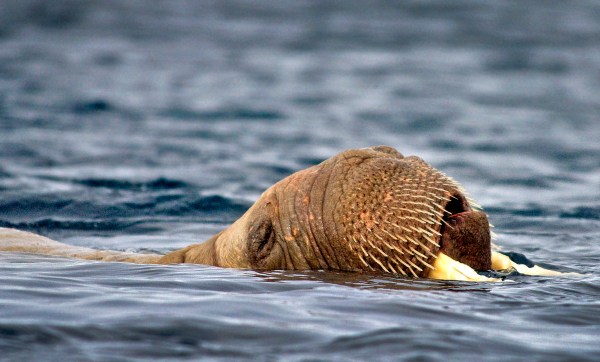 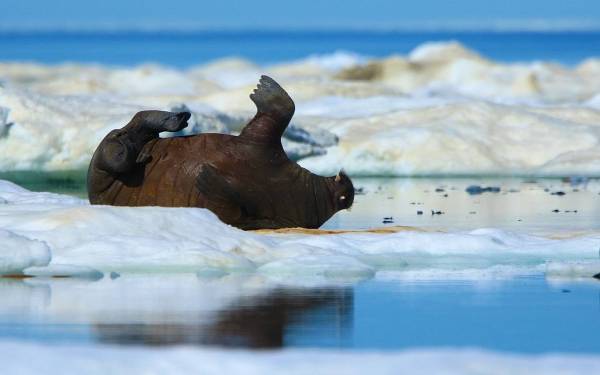 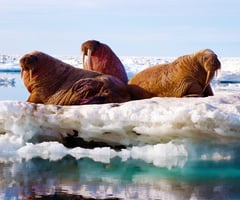 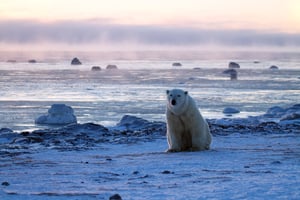 Why Polar Bears Are Waiting for Autumn

While most of us are enjoying each sunny day left and are holding onto every summer moment we can...