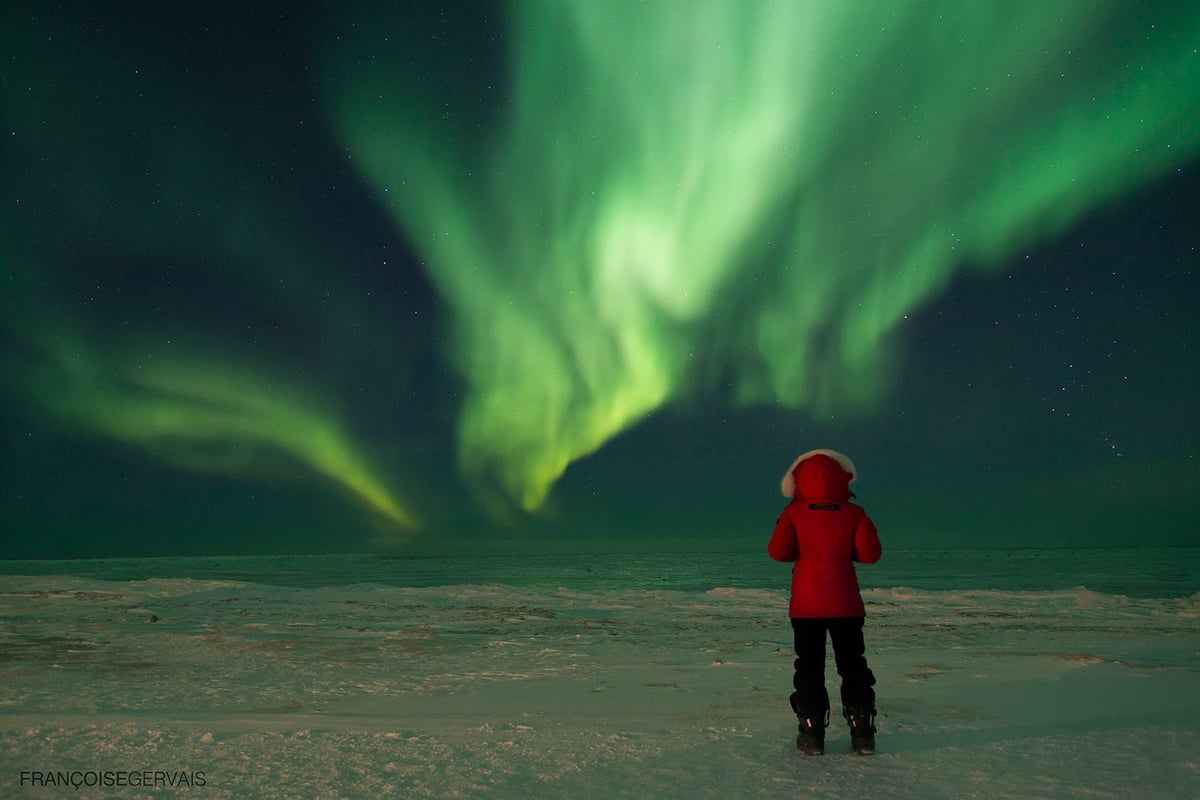 Northern Lights and Their Myths

There’s something mystifying seeing the northern lights. They can burst above you in a rush of purples, greens, blues and even reds! Like so many natural wonders it can leave you awe-struck at their magnitude and humbled.

Throughout history, peoples and cultures have tried to understand the meaning behind the northern lights. Even today, we’re left wondering how they shine so bright. Their beauty and power have formed remarkable myths and legends across the world.

It is important to remember that we are not admonishing other beliefs but are providing cultural stories. There are interesting differences in their beliefs but some remarkable similarities. Among First Nations, there is a common ancestorial element, compared to its place in ancient Mediterranean cultures.

Join us as we explore some of the beliefs and mythologies that aim to explain the world’s most spectacular natural wonder, the aurora borealis. 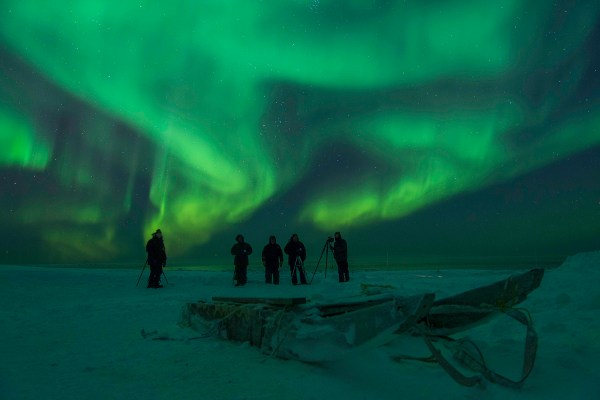 Firstly, it is remarkable that these Mediterranean cultures knew about the Northern Lights. It is incredibly rare for a place so far south to see them so instead, it may be a mark of how far away they had explored. Now, you can simply take a vacation to see them on an Arctic Getaway.

Their myths are often quite similar to the Greeks, and in many cases, the Romans just changed the name of a Greek god into a Latin form, such as Zeus to Jupiter. Their gods also generally took on a human form that personified an environmental or celestial event, like Apollo riding a chariot across the sky bringing the morning sunrise. So, it is no surprise that the Romans and Greeks did this with the Northern Lights.

The word aurora borealis comes from the Greek, aurora meaning “sunrise,” and boreas meaning “winds.” It’s therefore understandable that the Greeks believed that Aurora was the sister of the Sun and Moon gods. It was her duty to race across the sky in a vibrant multi-coloured chariot, alerting her siblings that the new day was coming.

Similarly, the Romans believed “Aurora” to be the goddess of the dawn. It is interesting to see this “new day” theme in these cultures, considering the aurora tends to shine brightest in the late evening and middle of the night. 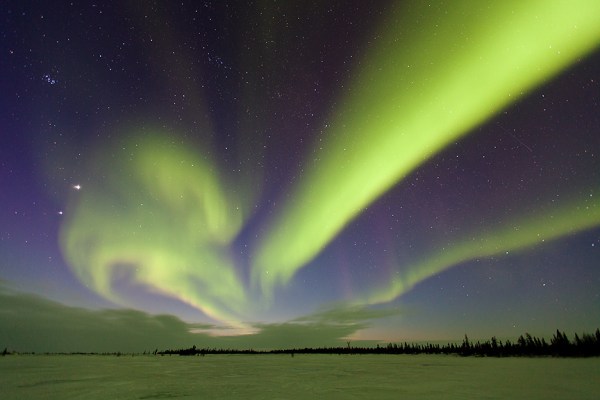 Considering how expansive North America is and how spread out many Indigenous communities were, it is intriguing to learn how their stories explain the northern lights.

Few cultures would experience the Northern Lights as consistently as the Inuit. Many of their communities are above the Arctic Circle, which means that in the middle of winter, they would experience 24 hours of darkness. This really highlights the brilliant colours of the aurora. Although there are variations among Inuit communities, the most common belief is that the Northern Lights are the spirits of ancestors or others that have passed away playing a sort of game in the sky. That the movement and twisting that the lights make are the spirits chasing after a ball and playing.

Among the Cree, who also live in northern Canada but below most Inuit communities, the belief is that the aurora is more directly involved in the circle of life. It is a chance to communicate with loved ones that have died or with ancestors.

The Algonquin Peoples, who live between the Ottawa River to the Great Lakes, believe that their major cultural hero, Nanahbozho, travelled north as he finished creating the world. He built a fire so big that its light reached his people in the south to remind them that he was thinking of them, and the reflected light from that fire is the beautiful colours of the Northern Lights. 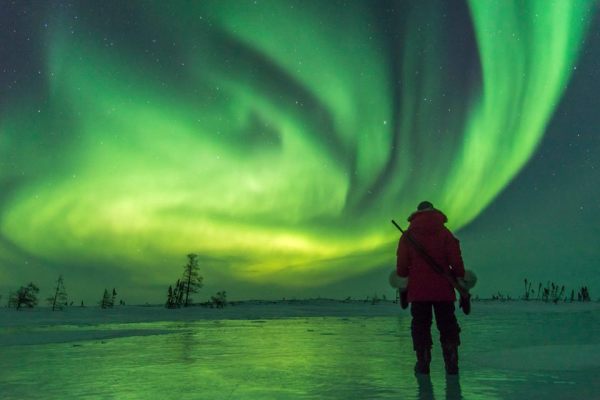 The modern scientific understanding tells us that the aurora begins all the way back at the Sun.

As the primary energy source in our galaxy, the Sun will sometimes release a burst of energy that travels across space called “solar winds.” It is almost like a wave travelling across the ocean. Part of that wave will reach our planet’s Ozone, which is a magnetic field. This protective shield keeps oxygen in for us to breathe and filters out other elements. This Ozone shield is made up of gases, and when the solar winds collide with the gases of our Ozone, there is a reaction of colours!

When the solar energy mixes with oxygen, it can create yellows and greens. When it mixes with nitrogen, it creates the red and purple colours you can see. The aurora is the brightest in the far north and south because our Ozone is strongest at the north and south poles of our planet. 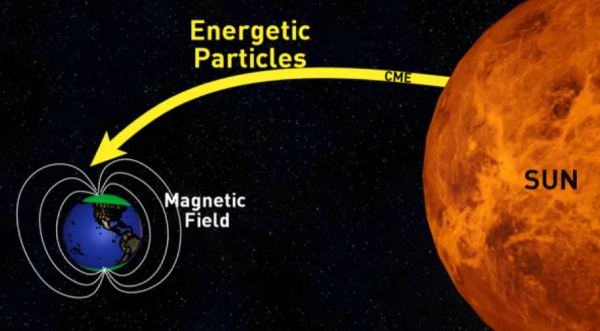 Have you dreamed of seeing the Northern Lights shine bright above you? Are you looking for a trip that brings you to Iqaluit, one of the Inuit cultural capitals, with guided town tours of all the great destinations by day and Northern Lights viewing in the evening?

Experience our Guided Northern Lights Getaway. Iqaluit is a simple and quick flight from Ottawa International Airport, where you will visit cultural museums, historic sites, Inuit art shops each day. Then, in the evenings, we will transport you to our secluded northern lights viewing location, where you will receive a photography workshop to ensure you have breathtaking memories and photos. 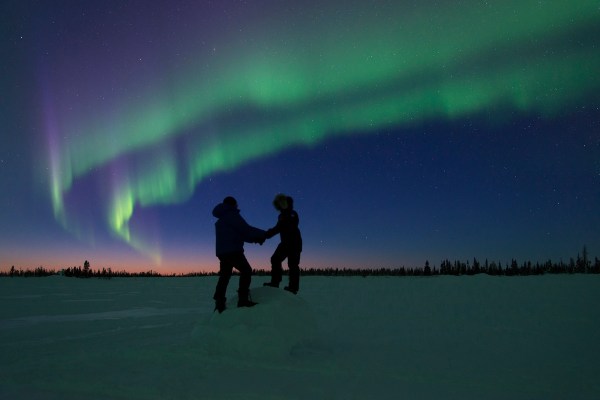 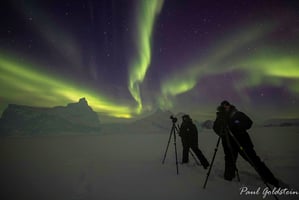 The Northern Lights: What Are They & Where Can I See Them

Do you become starry-eyed thinking about the Northern Lights and dream of seeing them? Have you... 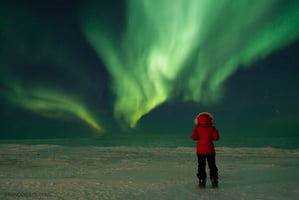 Are you wondering when is the best time to see northern lights in the Canadian Arctic? Are you... 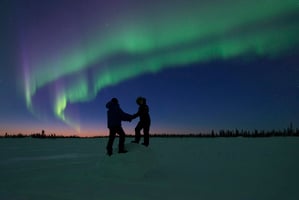 Photographing the Aurora Borealis is a remarkable experience, and can produce incredible results –...