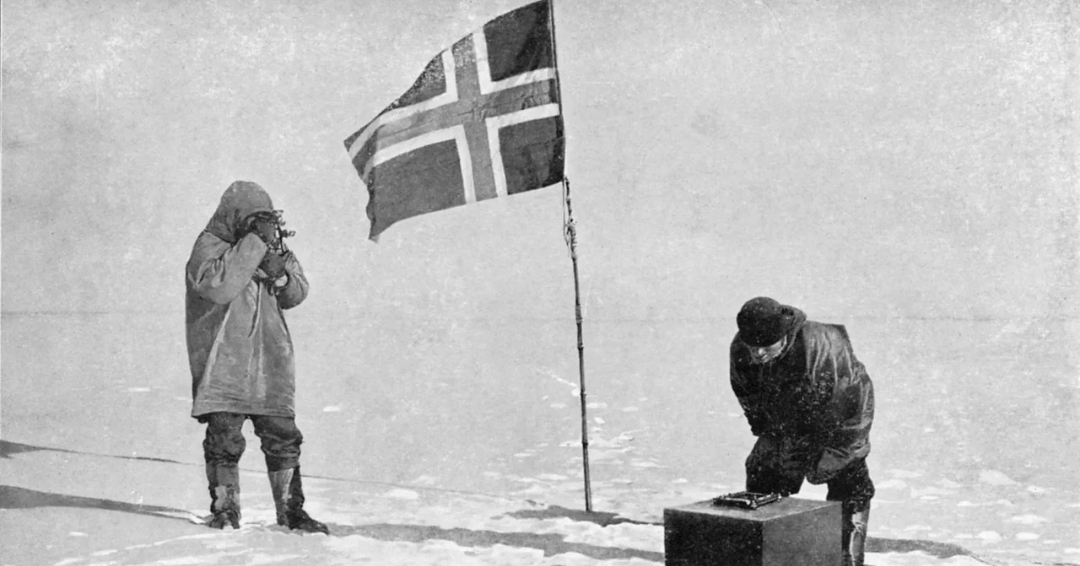 Roald Amundsen & What He Learned from the Inuit

Roald Amundsen was one of the world’s greatest polar explorers, often achieving more success than expeditions with higher financial backing. With a smaller team and less money, Amundsen still achieved many incredible feats by utilizing the knowledge he gained from the Inuit he met on his journeys.

Join us as we explore the lessons Amundsen learned from one voyage that led to the success of another.

The Norwegian explorer would become famous for two extraordinary feats. He led the first expedition to traverse the Northwest Passage successfully and the first team to reach the South Pole. Both of these expeditions are an incredible case study compared to the British explorers attempting the same goals simultaneously. His British rivals, Sir John Franklin and Robert F. Scott would fail due to their reliance on European methods, while Amundsen would use Inuit methods he had learned to be successful in polar regions.

Sir Franklin would attempt to sail through the Northwest Passage using an enormous ship with the most technological advances in sailing and tremendous stores of food and equipment. Not only did the supplies give them lead poisoning, but the ship would also be too large to navigate the narrow frosty passages.

Amundsen would set off in a small fishing boat called the Gjoa, with a shallow draft and a team of six. Rather than trying to make the voyage in a single season, Amundsen spent two winters on King William Island, where he learned survival and travel skills from the local Netsilik Inuit.

He discovered the benefits of using dog sled teams to travel across the expansive tundra, where small ice ridges and deep snow made it hard for humans to walk. Perhaps the best advice was to ditch the thick woolen parkas that became heavy when wet for the animal skins that had developed through evolutionary changes to excel in the polar conditions. Amundsen would use these valuable lessons in his next expedition, where he would beat his rival, Robert F. Scott, in a race to reach the South Pole.

While Antarctica is on the opposite side of the planet, polar survival and travel rules remain mostly the same. The British team under Scott would wear woolen clothes, bring horses and even use motorized sleds. Amundsen was preparing for his journey at a different location with dog teams and animal skins for warmth.

Most of Scott’s horses would perish from the cold and thin ice before they even began, and one of the motorized sledges would fall through the ice as it was being unloaded. Amundsen would set off with his dog teams to pull their sleds and skis to travel on.

When Scott reached the South Pole, he found a tent and a letter from Amundsen announcing his accomplishment. The Norwegian team reached the South Pole over a month before Scott’s British team arrived. One of the most tragic differences between the two expeditions would be that Amundsen would make it back to his ship safely, while Scott and his team would perish mere miles from their original base camp.

It’s clear that Amundsen could only have accomplished these sensational feats with the lessons he learned from his time with the Netsilik Inuit.

Do You Dream of Seeing the Arctic?

The Arctic is one of the most pristine frontiers left on our planet. You can see landscapes untouched by human hands where animals roam free.

If you’ve always wanted to see the Arctic, with the added bonus of enjoying gourmet meals and sleeping in comfort, then visit Arctic Kingdom’s tour page by clicking below.

It’s coming to be the holiday season and for some of us, that means telling stories of Santa Claus...

Arctic Peoples: History of the Dorset and Thule Peoples

Ever wondered how the ancestors of the Inuit came to the Canadian Arctic? Did you know there were... 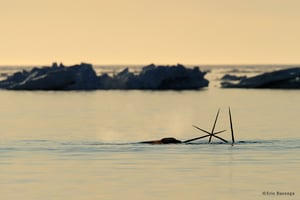 Get To Know the Eastern Gateway of the Northwest Passage

Have you dreamed of visiting the Northwest Passage? How much do you really know about the wildlife...